Following a campaign led by the Fawcett Society and others the Government has committed to implementing Section 78 of the 2010 Equality Act. This will require all private and voluntary sector organisations in England, Scotland and Wales employing over 250 people to publish their gender pay gap.

The details of how it will be done will be confirmed when the Government publishes the regulations for Section 78, due to be published soon.

The draft regulations, consulted on by the Government in February and March this year included the following requirements:

The Government Equalities Office estimates the regulations will cover just under 8000 organisations and 40% of employees.[1] Following their initial consultation they have also announced plans to require public sector employers in England to publish their pay gap. Scotland and Wales already have a requirement for public sector employers to publish their gender pay gap.

Fawcett strongly supports the implementation of Section 78 as an important way to focus employer attention on the gender pay gap. Fawcett has argued in favour of publishing mean and median figures in order to facilitate a more nuanced understanding of the figures. We also welcome the inclusion of the bonus gap, as this is often an important source of pay inequality (for instance, research from the Chartered Management Institute has found that 36% of female managers receive a bonus, on average of £2764, whilst 43% of men receive a bonus on average of £5398, a gender bonus gap of 48.8%.) [2] However, there are a number of areas where Fawcett argues that taking the regulations further will ensure their impact is maximised and increase our chance of closing the gender pay gap.

The full time gender pay gap is 13.9%, the pay gap for all workers (including both full and part time workers) is 17.3%.

It also differs across sectors of the economy. For example it is over 20% in the skilled trades and less than 7% for those working in sales and customer service.

Evidence indicates the gap is larger for some BAME women, however the data used to calculate the gender pay gap cannot be broken down to indicate the differences between ethnic groups.

Fawcett wishes to support a constructive and open discussion with business about the nature and cause of the gender pay gap. We live in a highly gendered and unequal society and many employers are likely to find they have a significant pay gap. It’s important that publishing this data is a starting point for action rather than an opportunity to deride those who have been transparent about their pay gap data. The recent Gender Pay Gap conference hosted by the Fawcett Society addressed how to effectively calculate your pay gap but also how to find solutions to gaps employers have identified. Watch the conference on demand here.

By Jemima Olchawski
Head of Policy and Insight, The Fawcett Society 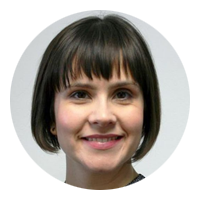