Day One at the Women’s Equality Party Conference

Less than two years after the Women’s Equality Party was created, its first-ever conference was, fittingly, held in Manchester, home of the suffragettes. By 5.30pm on 25 November the Victoria Warehouse – an atmospheric, ex-industrial space with dramatically lit exposed brickwork – began thronging with people.

The main hall, massive and incredibly high, resounded with loud music. The mood was positive, good-humoured, full of a desire to acknowledge the achievements of a party that has come so far in so little time.

Introducing the first speakers was Jude Kelly, artistic director of the Southbank Centre – it was there, at the 2015 WOW (Women of the World) festival, that presenter Sandi Toksvig and journalist Catherine Mayer put forward the idea of a non-partisan political party with gender equality as its aim – the only one in the world, as Toksvig often says, “that hopes one day not to exist”.

After the screening of an energising three-minute film about WE’s exponential rise, party leader Sophie Walker took the stage. Persuasive, gracious and formidable, she eased into an anecdote about how the hotel reservation had been made under “Mr Women’s Equality Party”.

With, heart-rendingly, the names of the women in the UK who have been killed by men since 2012 (as collated by the Counting Dead Women project) scrolling behind her in honour of this being International Day for the Elimination of Violence Against Women, Sophie gave a show-stopping speech.

In fact there was a red phone box set up, just off the Marketplace with its exhibitors’ stalls, for delegates to call their MPs and lobby them to show up in Parliament on 16 December in order to vote on ratifying the Istanbul Convention – an important step in ending violence against women.

After spoken word artist Justina Kehinde delivered a strong, evocative piece on intersectional equality, WE co-founder Catherine Mayer discussed the implications for women of Trump’s election and paid tribute to how inspired she’d been by her stepsister, who just succumbed to ovarian cancer, standing for Parliament as a Lib Dem.

Spot on, vehement and engaging, Sandi Toksvig gave a comical Powerpoint presentation delving into how only three of the 55 entries in “crowdsourced” Wikipedia on this day in history are about women. At the end, having slipped into a tuxedo jacket, she had the entire audience conduct the last minutes of Beethoven’s Ninth.

Then she set out a box of Lego for the open-mic session, WE Voices, so that each person taking to the stage to say their three-minute piece could construct a Lego edifice, block by block, just as WE are building towards great things.

Having offered to accompany anyone too terrified to brave it on their own, Sandi brought onto the stage one woman who ended up speaking beautifully about how hard it was talking to her father about gender equality, and then – movingly – that woman later accompanied a young woman with stage fright. In fascinating succession woman after woman addressed the rapt, encouraging crowd.

Saturday began with debates and discussions all across the old warehouse. The main venue hosted a cross-party panel discussion on collaborative working. Committed to doing politics differently, the Women’s Equality Party uniquely invited representatives of other political parties to its Party Conference. The offer was taken up by Nicky Morgan from the Tories, Lib Dem peer Sal Brinton and Green Party deputy leader Amelia Womack. Labour was absent. This made an excellent debate in which all participants showed their commitment to making gender equality a reality. Still, although major TV and print media had agreed to come, there was very little press coverage.

Next up was Gudrun Schyman – founder and co-leader of Sweden’s independent feminist party the Feministiskt Initiativ – who spoke compellingly about the challenges of having carved a path towards gender-equality politics: it will take time and be hard but, she said, WE will prevail.

For 45 minutes Sophie Walker gave a powerful, heartfelt leader’s speech critiquing our current system and suggesting viable economic alternatives; she was in tears when talking about how her daughter with autism spurs her on. Memorably she said she wanted “girls of every race to be able to see themselves in the past, be themselves in the present and free themselves in the future”.

There was a lot on the agenda. Long queues for the workshops formed down the rough-walled corridors that were lined with fashion designs by students at Salford University.

The Festival of Ideas incorporated such talks led by guest speakers as:

That evening, before the music and dancing till late, Sandi Toksvig compered the WE FUNdraiser – a rare line-up of five female comedians headlined by Sara Pascoe.

Party business began at 9am on Sunday. The level of professionalism was impressive, as was the fact that a large audience stayed to the end and that so many delegates took the podium to speak to the 20 policy motions, both for and against, including:

Also on the agenda were debating and voting on the constitution, the results of the votes for policy and steering committee members, and the decision to add equal healthcare as the party’s seventh core objective, which was approved.

By close of play the mood was jubilant – that makes it sound triumphalist, but it was more pride at having attended a party conference that was, as many people spontaneously commented, unlike any other.

Throughout the weekend there was a prevailing sense of good will, supportiveness, responsiveness, respect. People who’d come on their own were easily drawn into conversation. It felt remarkable to be in a large, amiable crowd of predominantly women, and to spend time with people who were willing this movement into being with their fervour, input and conviction.

This chance to gather together, debate and celebrate was an assured first step only 16 months after the Women’s Equality Party, having ignited recognition in so many people eager for change, became a revolutionary reality. 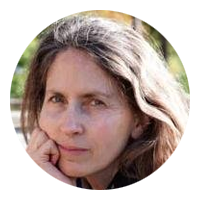